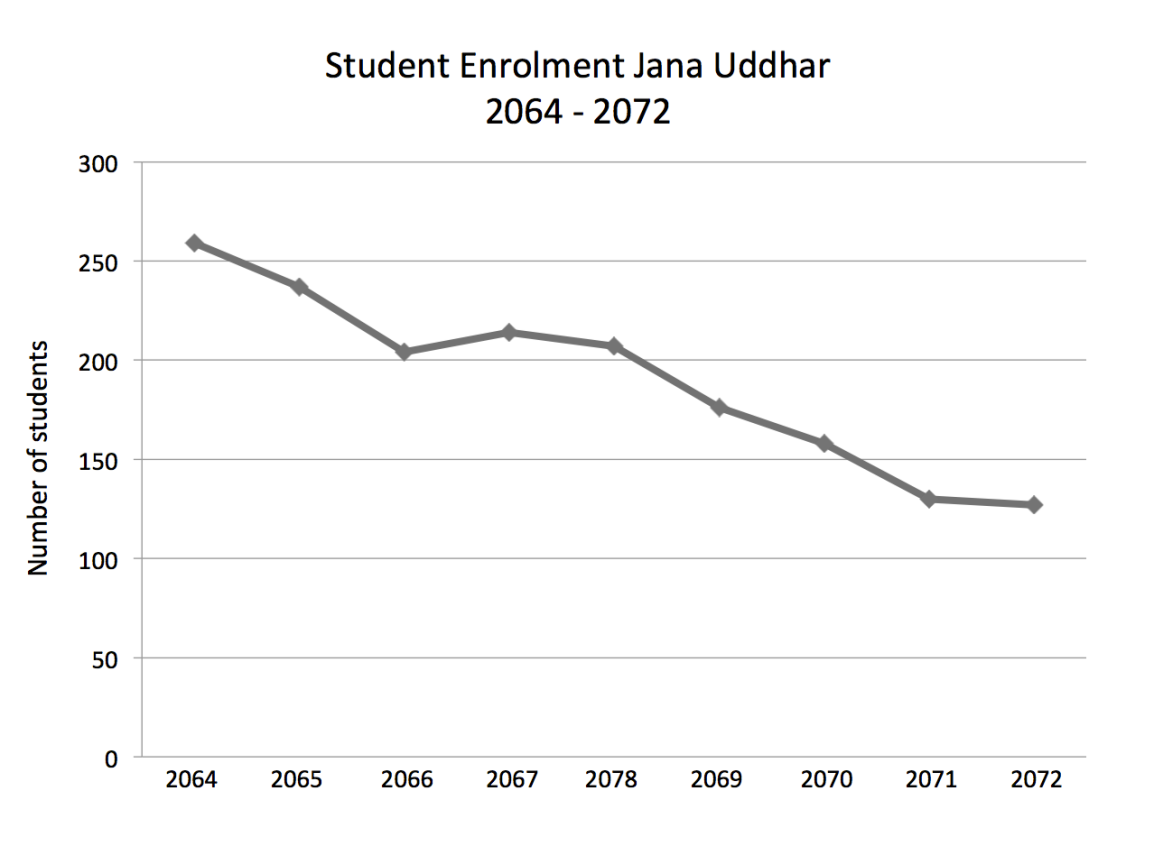 For the past eight years (which is all we have data for), the number of students at Jana Uddhar has steadily decreased – from over 250 in 2007 to 130 today.

That is partly due to the rise of so-called low cost private schools, but it is also a reflection of the poor reputation our school had earned.

This year we have at least stopped the loss of students, but our aim is to steadily build up our numbers again. To that end, today we held our first student enrolment campaign.

Most of the new students who have joined our school this year, have been friends, relatives or neighbours of our existing students. So our strategy was to visit every single student home, to persuade them to send more children from their family or neighbourhood. Of course, in doing so, we hoped to strengthen our relationships with our existing parents too.

Before the day, we mapped out where each of our students live, and then put our teachers into pairs, with a list of about 12 students visit, all in the similar location. We held the day on Saturday because it seemed the best chance to catch parents at home, and sent a letter parents the previous day to inform them of our plans.

Our intake has a clear split. Half our children come from local families, who own their own home, and who live in a virtually rural area, even though it is only half an hour’s drive from central Kathmandu. The other half live closer to the city, and tend to rent rooms in local houses. They are more likely to be migrant families from across Nepal.

Regardless of where they live, they are very poor. I visited the rural side, and as you can see in the photos, their homes are very basic, partly because many of them have not been able to re-build following April’s earthquake. 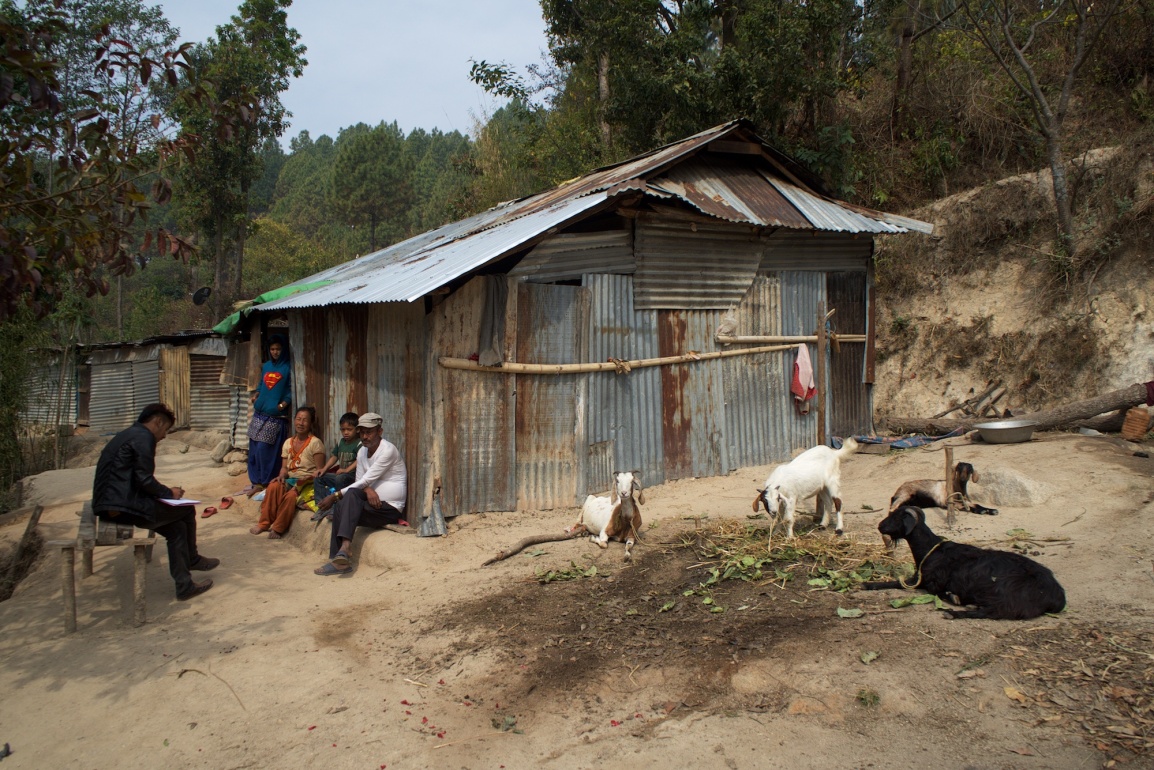 The day was a great success! Not only did we visit 92% of our parents, but the feedback they gave us was consistently great. They also mentioned time and again that learning English was the most important thing they wanted from the school.

Equally important, was that our teachers got a real boost from their conversations with the parents and came back to school buzzing! It only took around four hours, and we finished off the day with a chicken lunch!

One teacher said to me as we were leaving, ‘I have been at this school for 20 years, and this is the first time we have ever done anything for the school on a Saturday.”