And just before the end of our term, our new school sweaters arrived!

Three weeks ago we launched a fund-raising campaign to get our school up and running after the earthquake.

We set an ambitious target of raising £6,826 in four weeks, and with a week to go we’re on target to achieve it.

To be honest, we’ve just be blown away by people’s generosity – so thank you.

Your money is already being put to good use. A few days ago, the painters started re-painting one of our rundown buildings.

And the students have been fitted for their new sweaters, which should arrive later this week. 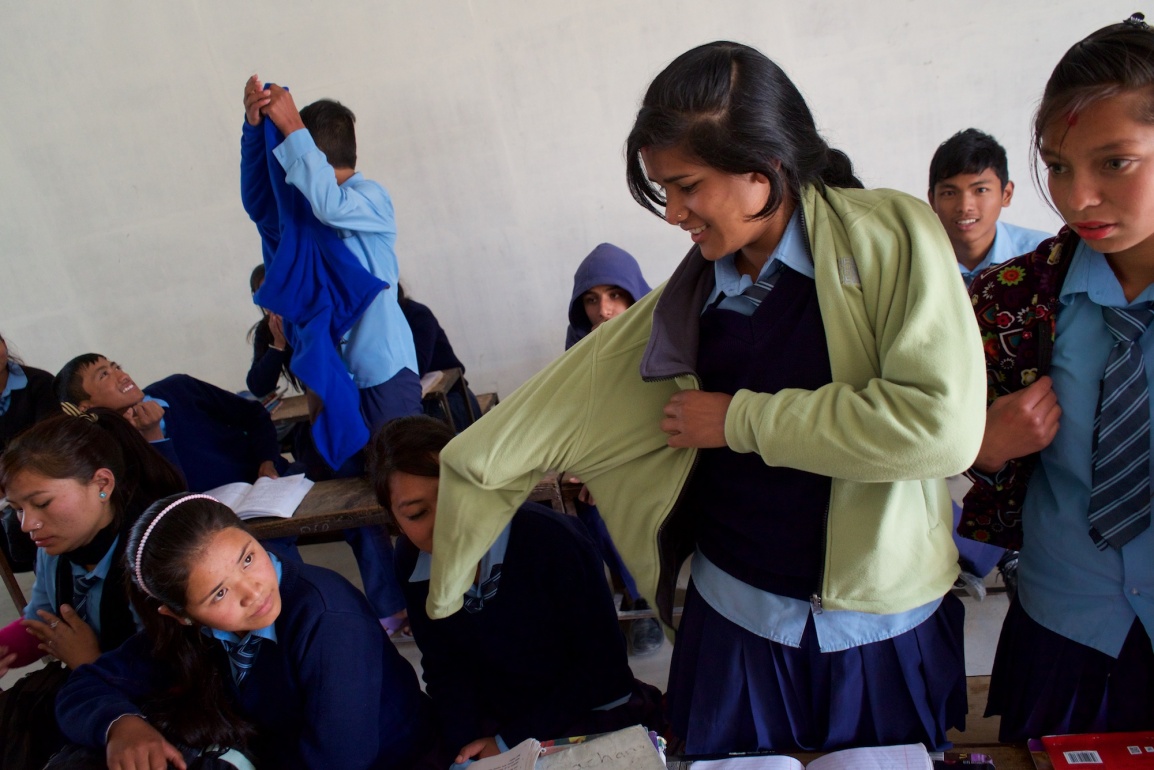