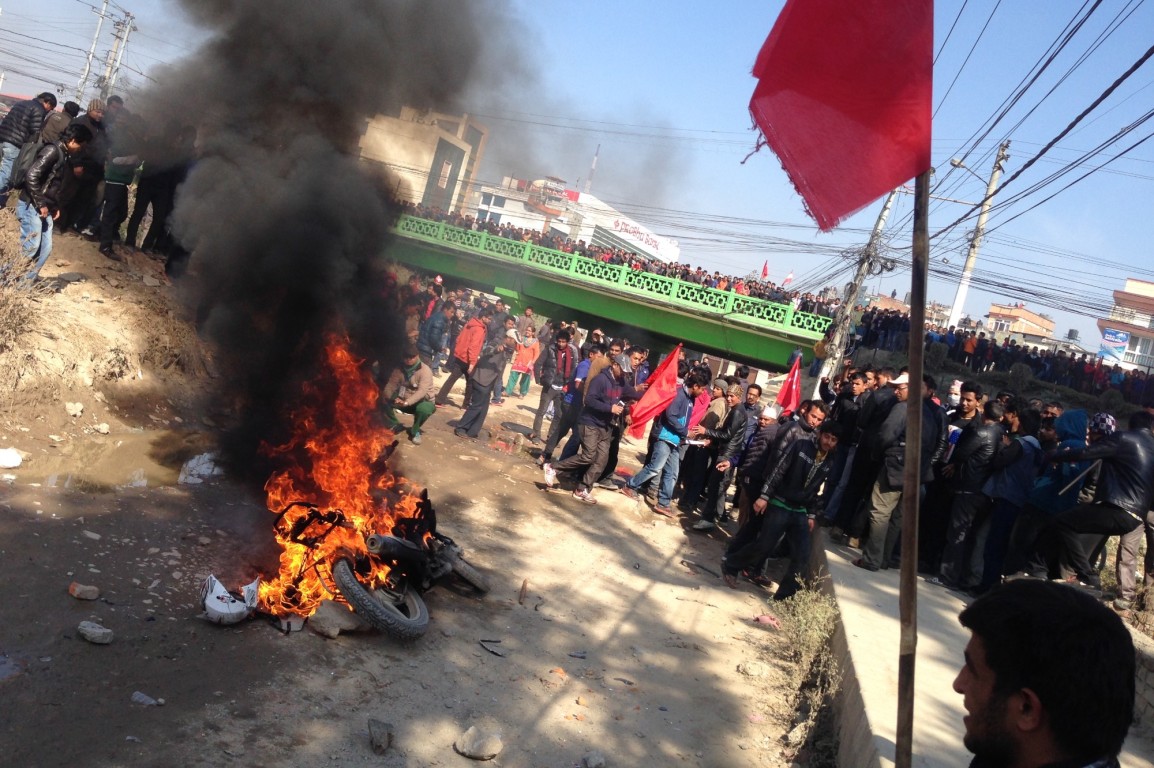 Today there was a nationwide strike in Nepal. Strikes, or ‘bandas’, are commonplace in the country. Bandas have long been a popular form of protest. They are typically called and enforced by political parties who block road junctions to stop traffic movement or force shops to remain closed. Those who dare break the banda risk having their vehicles set on fire (as in the photo from a banda in January 2015), or their shops damaged. Private school buses are also a common target for banda enforcers.

As a result, almost all private schools will remain shut when a banda is called. But public schools will all close too, citing a range of reasons, such as the risk to their schools from banda enforcers to the difficulty of teachers getting to school due to a lack of public transport.

Bandas can still be effectively enforced in parts of the country, especially on the Terai, the southern plains, but in Kathmandu bandas have become less and less effective. However, private schools still always close on banda days, and public schools (and all public offices) do too.

We see things differently at Collaborative Schools. While we accept that some of those who call bandas have genuine political grievances, we do not accept that our children should repeatedly be denied their right to education because of strikes. And while we would never risk the safety of our schools, staff or students, our judgement is that the risk of staying open on banda days is very small and manageable.

And so we have taken a stand to keep our schools open on strike days. At first our government teachers were very reluctant to support this. Some didn’t want to lose what they had come to see as a de facto holiday, others were concerned about safety. But two years on from adopting our first school, it is now standard practice that we stay open, and the teachers now understand this and accept it. Some even take pride in it.

That is why, today, our two schools were (possibly) the only schools open in Nepal.