A popular MP has cited CSN’s work as his inspiration for introducing a change in education law in Nepal to allow non-profits to partner with the government for school improvement. 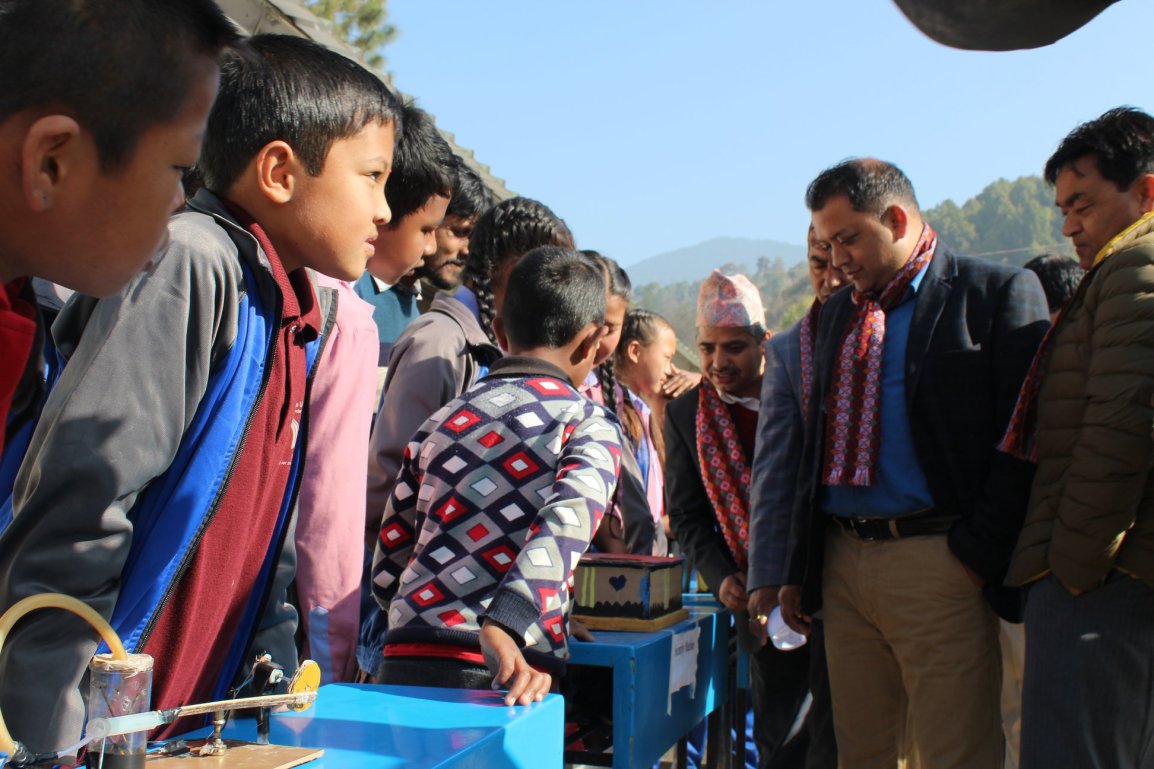 Speaking at a science fair at Jana Uddhar Secondary School, which is managed by CSN, Gagan Thapa MP said CSN had proved that public-private partnerships can transform the quality of public education. It was the work of organisations like CSN and Teach for Nepal that had convinced him to introduce the clause in the education act, which allows public-private partnerships.

Approximately 200 visitors from about 10 different schools and the community attended the science fair. In the event, 34 STEM projects prepared by the students were put on display.
The event provided an opportunity for the students to showcase their innovative ideas and their learning acquired in school over time. During the day, the visitors were also provided with the opportunity to interact with the students and inquire about their projects.
The fair showcased projects including: a fire and rain detector, a way to manage sewage, electric water well, electric dhikki, generation of electricity by steam, hydro-power plants, skeleton system of humans (made mostly of bamboo), and a solar system.
“The team involved in preparing the projects for the event believed in making the best out of waste,” said one of the coordinators, Arun B.K., who is also a former student of the school. He added,”So we used locally found materials and easily accessible electronic devices such as wires, motors, etc. to prepare models of various cost efficient innovate ideas which could make our daily life easier.”