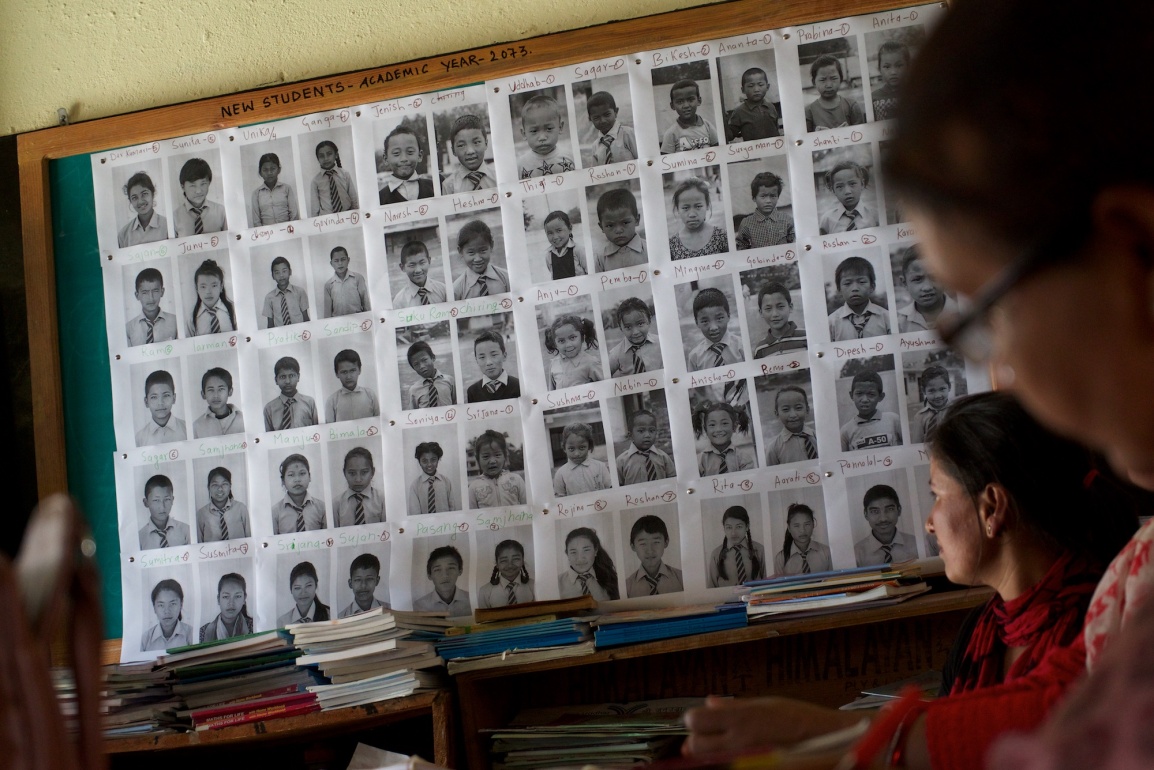 It’s a bet I was happy to lose.

A few months ago, I made a wager with our school principal that following our enrolment campaign, we would enrol 40 new students this academic year. He said we’d reach 60.

Well, we’ve now reached 73 new students, bucking the national trend, and our own record, which has seen us steady lose students for the last eight years – see below. 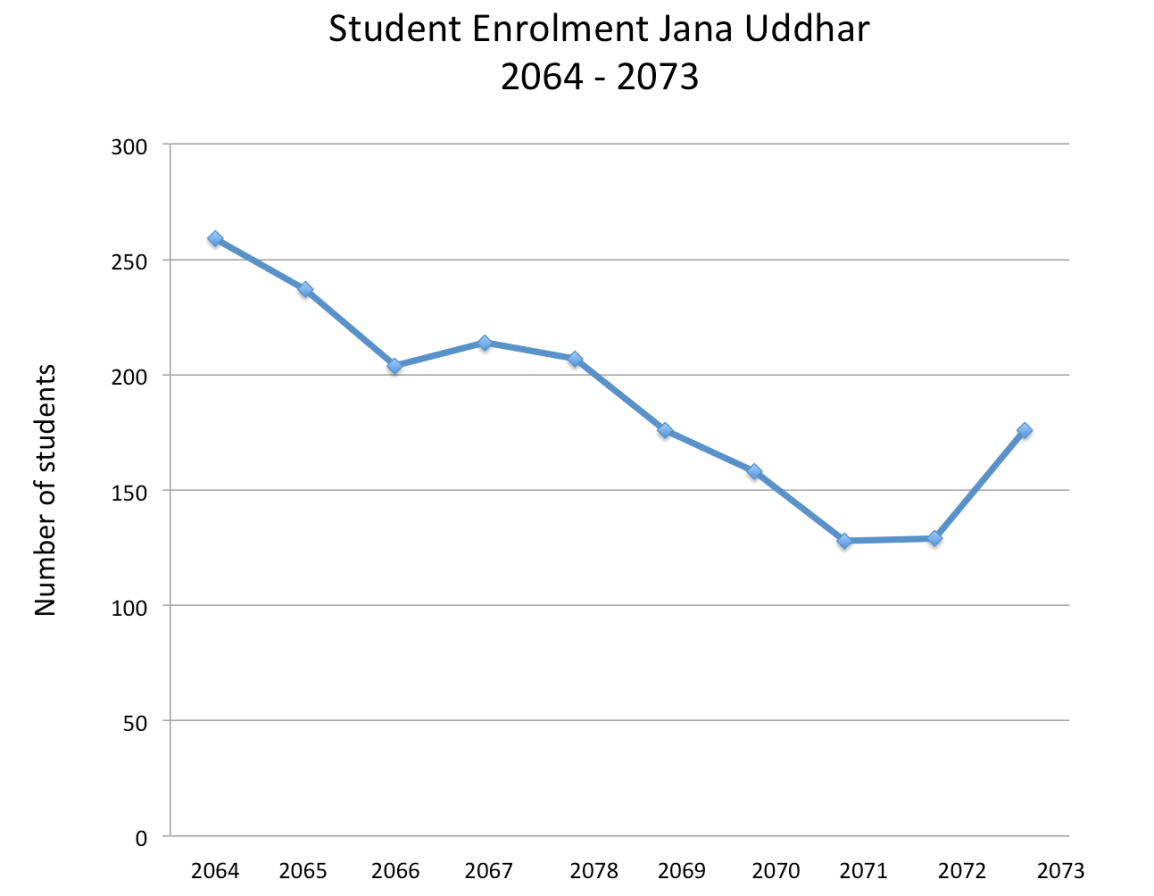 But first a bit of context. Government schools, especially in Kathmandu, have been losing students in droves.  There are two reasons for this. First, the rise of (relatively) low-cost private schools, which carry much higher status for parents (if not actually better teaching) and teach exclusively in English, and second the awful state of government schools.

As a results, government schools in Kathmandu have tiny number of students (I helped in one which had just 45 students across 10 grades / year groups) and far too many teachers.

So, against that background, the fact that we have bucked the trend and attracted so many new students is a phenomenal achievement. 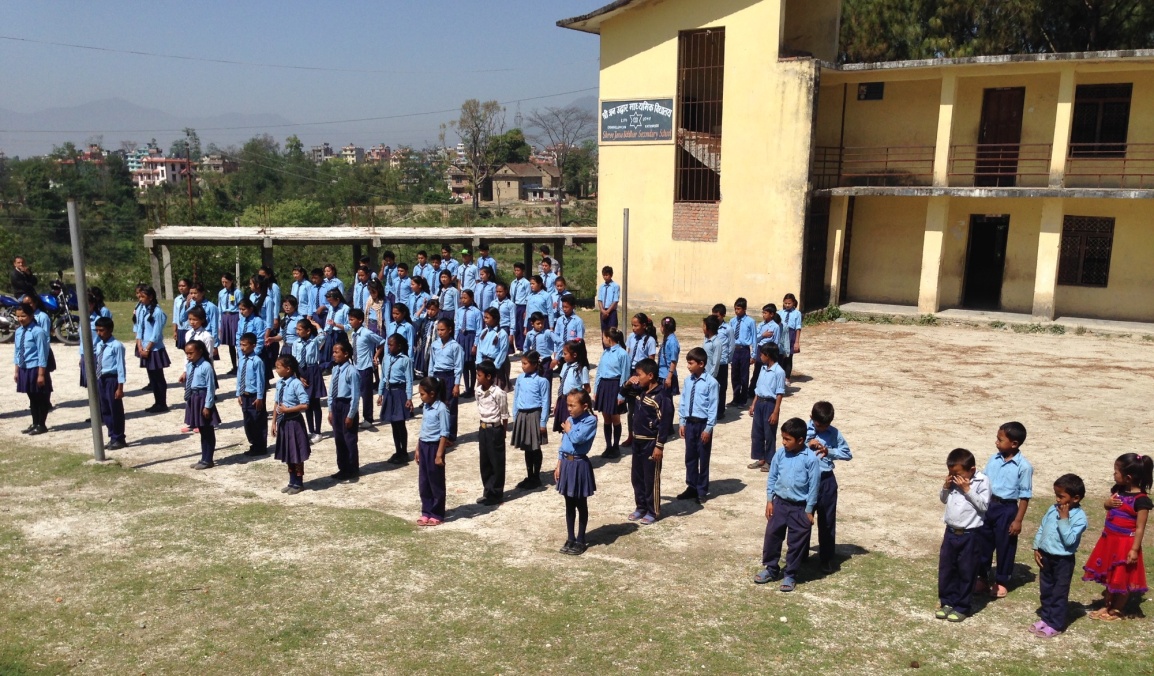 How have we done it? Partly through our face-to-face enrolment campaign, and partly I believe, because word has slipped out that we are doing things different now at Jana Uddhar.

There is however, one area where we still have a long way to go – not one of our staff yet send their own children to our school.